The Sport and Hobby Show was exhausting but also a great success and a great deal of fun. Hackforge had many interested visitors, most fascinated by the 3D printer. On Sunday, John brought his Artec Eva 3D scanner and scanned cosplayers from our neighbouring booth. All in all, a grand show! 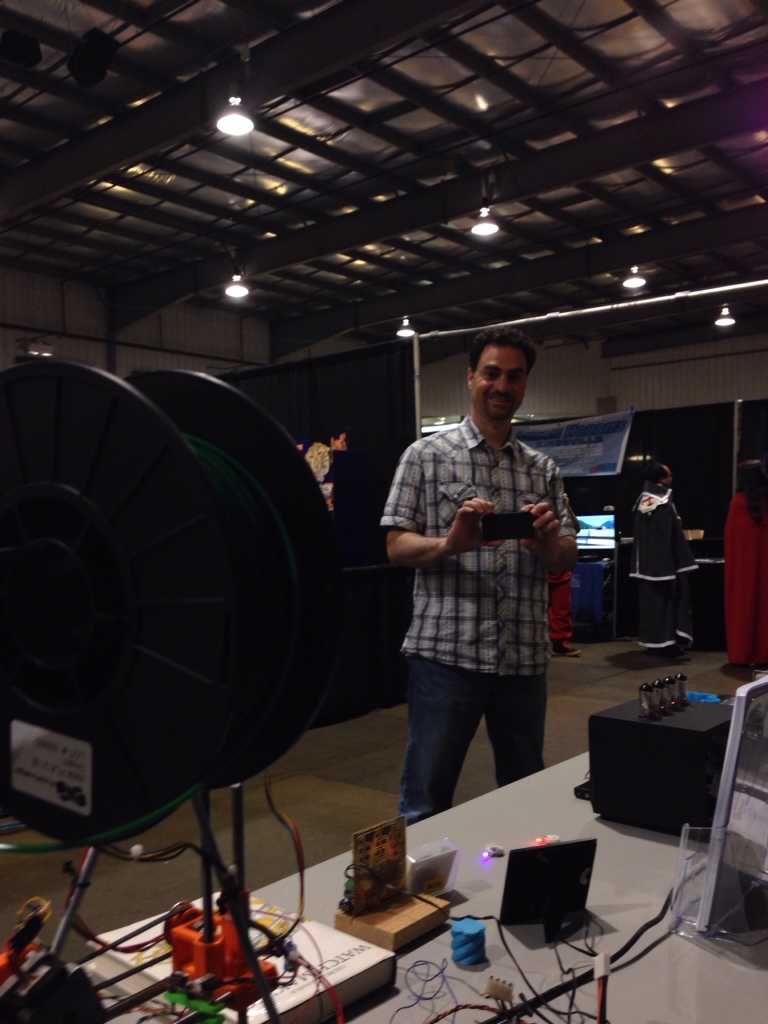 Rob takes picture of our booth, while his own picture is taken. 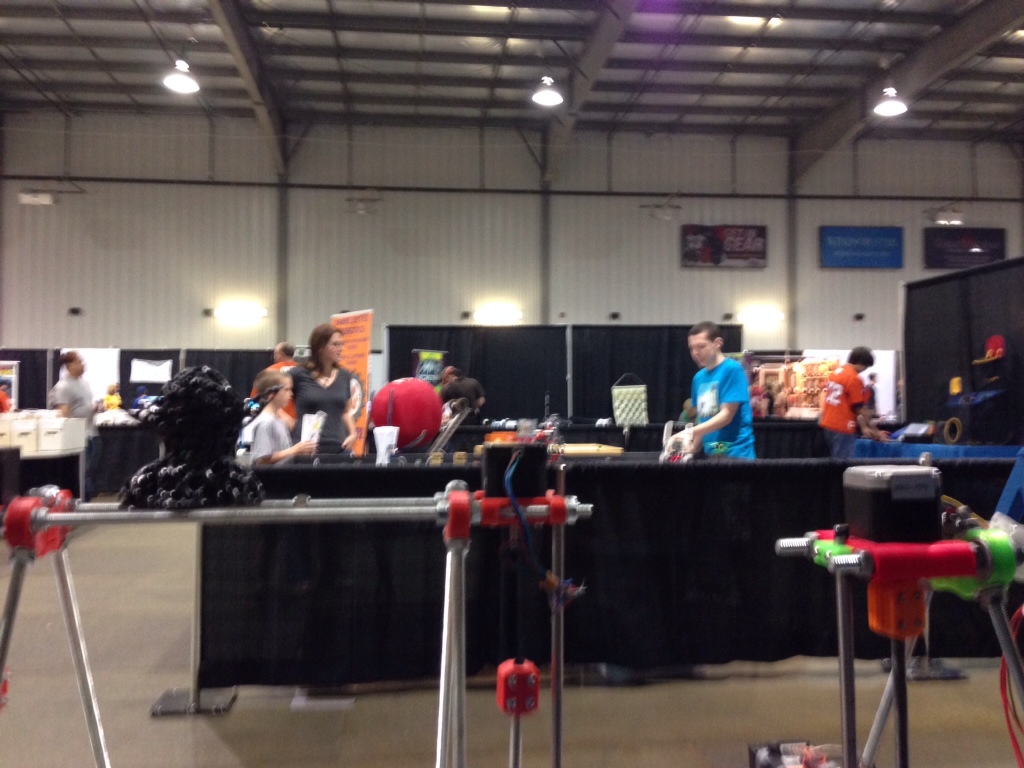 FIRST robotics had an impressive display across from our own booth. 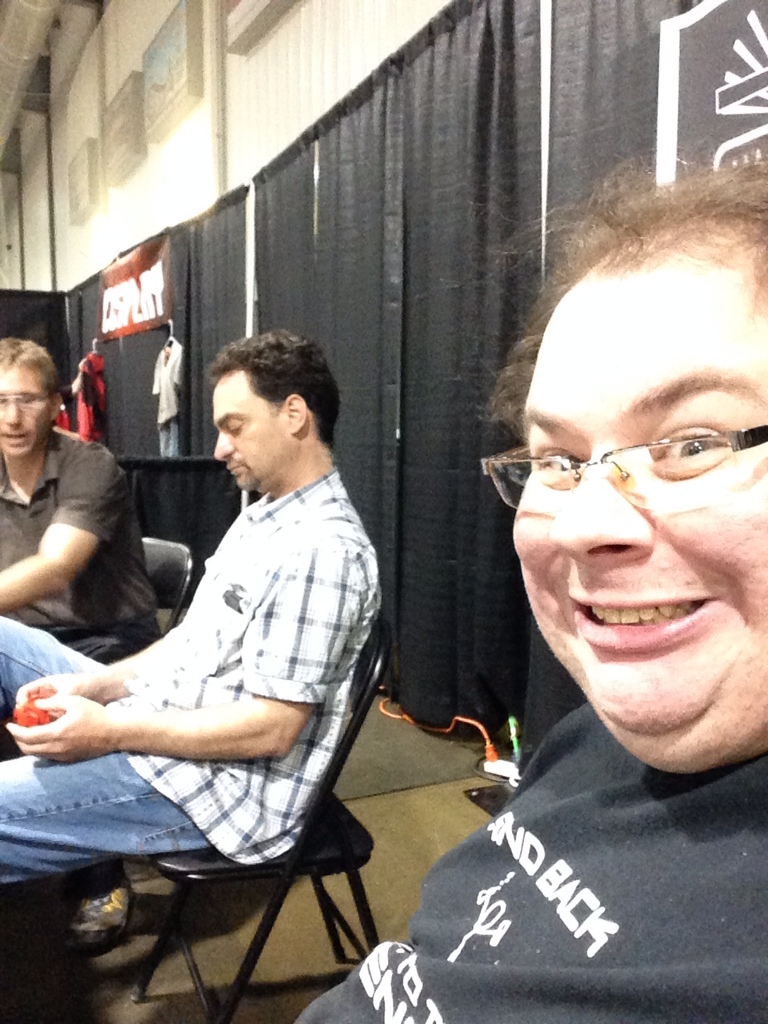 Some handle manning the booth better than others. 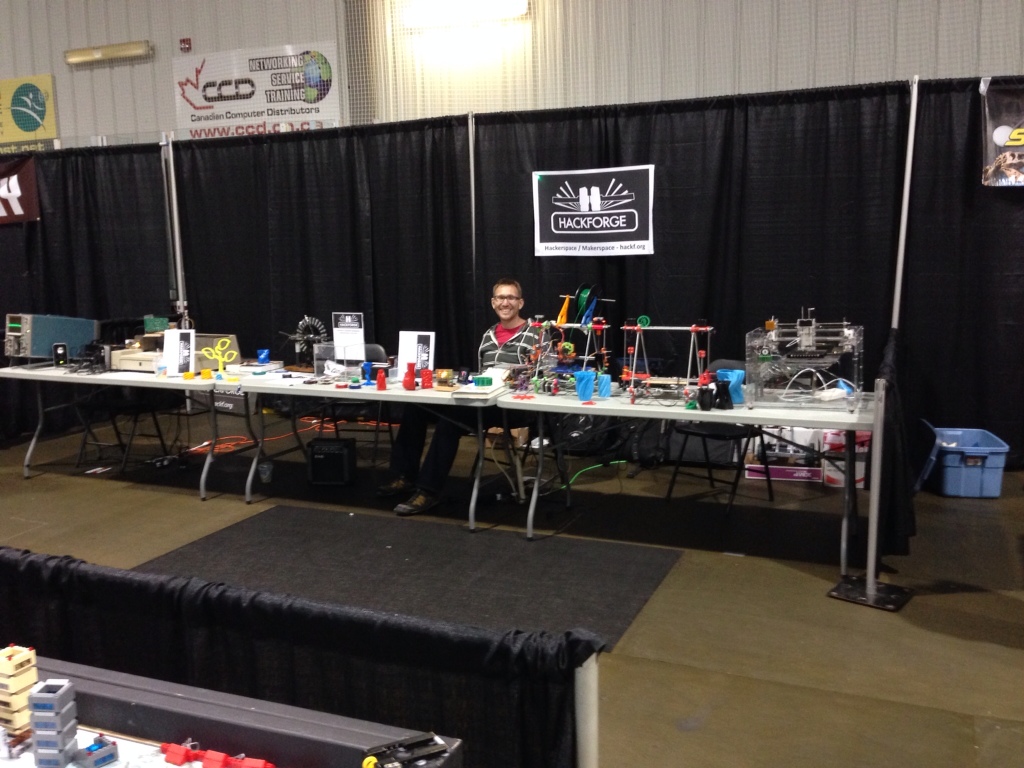 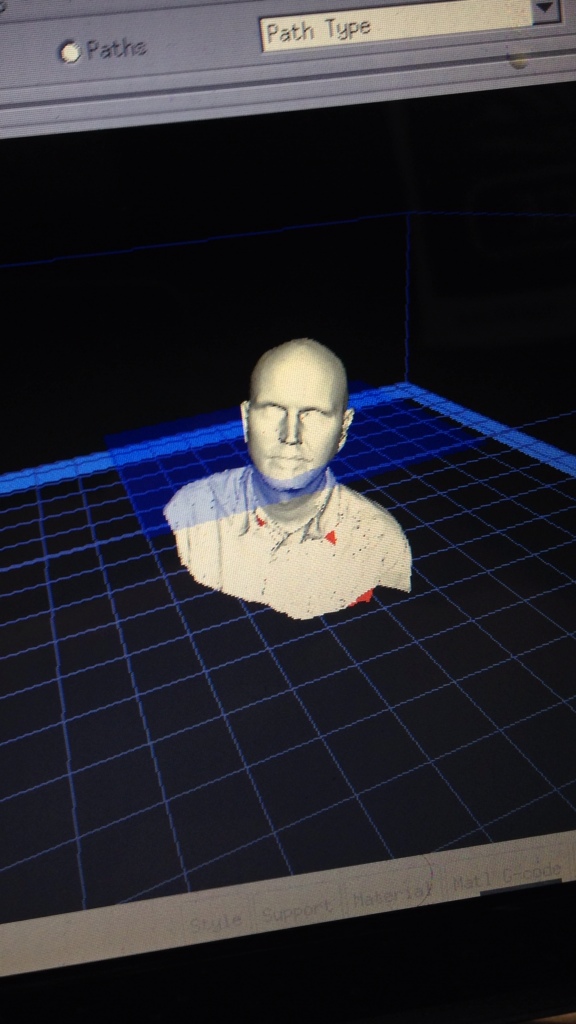 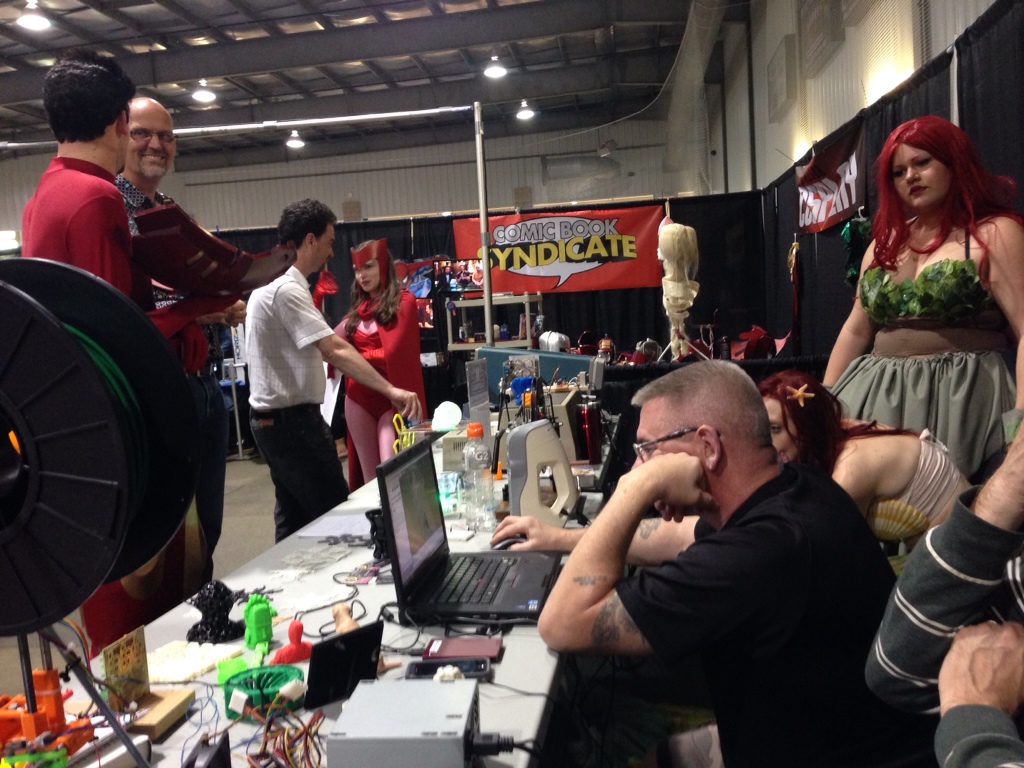 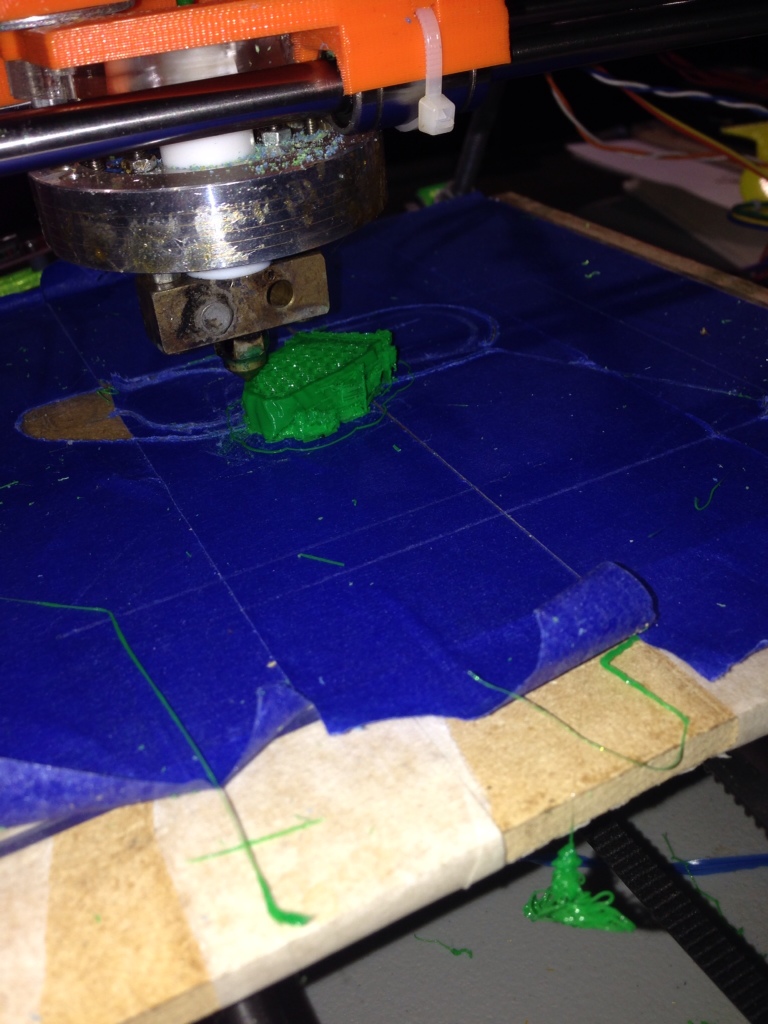 To finish off Sunday evening, Phil is our last print of the show. The print so far.

This is our biggest print yet, courtesy Chelsea. It's going to take four days, and 93 meters of filament! It consists of more than six million lines of g-code. A one kilogram spool has roughly 136 meters of filament. Chelsea next to the lulzbot. 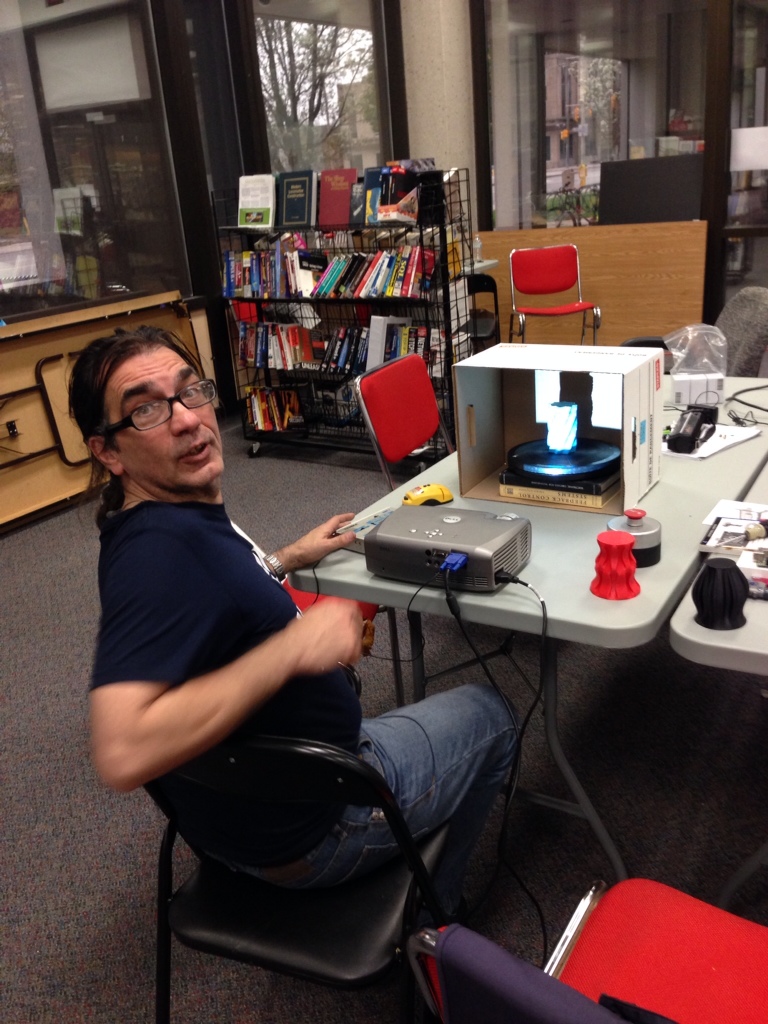 What's next after building a 3D printer? A 3D scanner! In this picture, our friend Dez experiments with ideas for mapping a surface using a turntable, projector, and a TV test pattern generator.