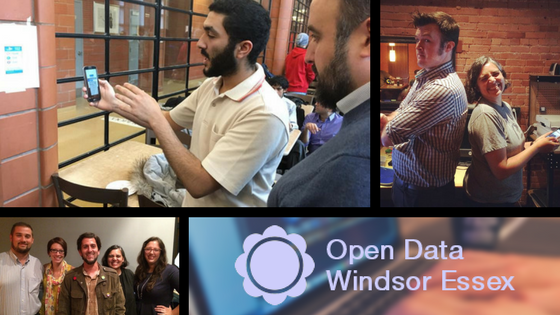 Open Data Windsor Essex (ODWE) is Hackforge’s special interest group dedicated to supporting and encouraging efforts in open data. Funded by the Ontario Trillium Foundation from 2014 to 2017, ODWE advocates for open data and assists organizations in our community share their work in a manner that’s accessible and open for everyone.

Open Data is data that can be freely used, reused, and redistributed by anyone. Governments of all levels have embraced open data in recent years to further transparency and accountability. Open Data Windsor Essex is introducing community open data through its new portal featuring data by the community, for the community.

We are inviting the community to take part in the portal.

Community Organizations:
Do you have data to share? We are looking for relevant community data that can be made publicly available (no sensitive or personal data). We can take archival data, on-going projects, or help in the development of future initiatives. Raw data is best, but we can work with data at any stage. Be ready for others to distribute, remix, tweak, and build upon your work, even commercially!

Developers:
We invite programmers to help the community data initiative by taking on an Open Data Windsor Essex dataset project, assist in the development of the ODWE Portal, report errors or problems, and use the data in their own work. If you are interested in helping as a developer, contact info@hackf.org.

Community Members:
We encourage the community to get involved in open data! Use the data in research, advocacy, education, journalism. Take part in hackathons. Support open data projects and keep Open Data in mind while creating

Here are some of the work we’ve done so far: