by admin in News 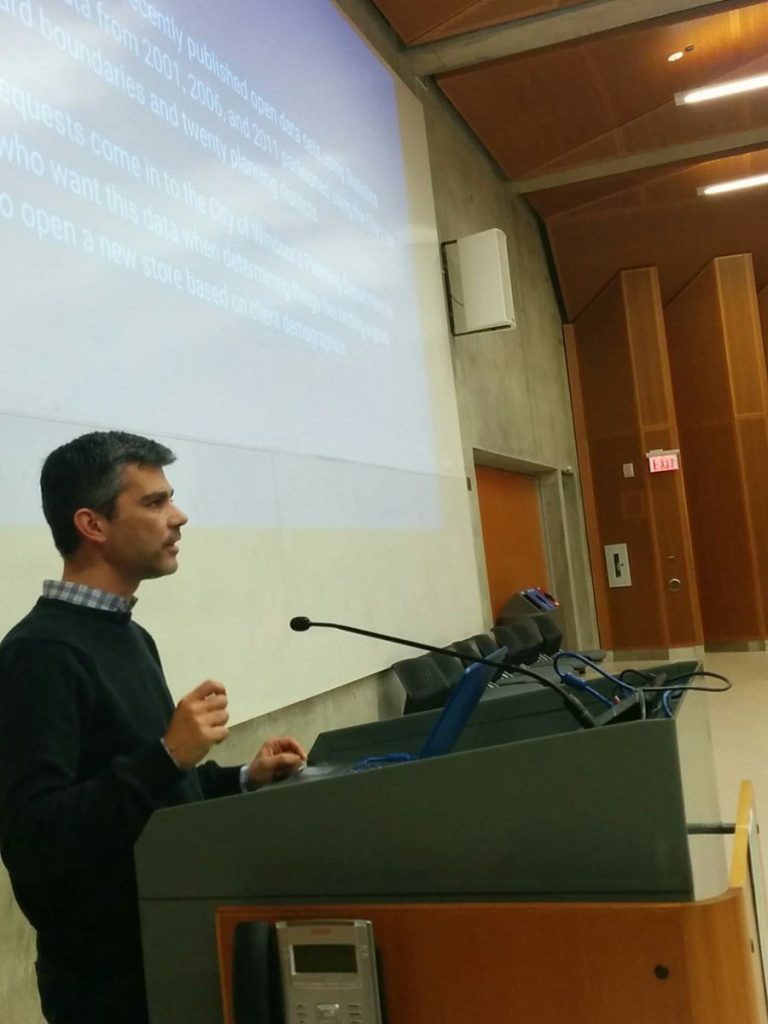 Today my term as President of Windsor Hackforge comes to a close. It’s been almost five years since a lunch conversation with Mita Williams and Marc Pillon turned into a proposal that got the Hackforge ball rolling. Even earlier than that, back in 2010, Aaron Mavrinac dreamed of a “Windsor Hackerspace” at an un-conference held by Mita.We started with four walls inside the Windsor Public Library, a couple of tables and chairs, and a few volunteers. Since then we’ve grown, and learned and shared our learning with the community.

At our first AGM, we were proud that we had pulled off two hackathons, a dozen tech talks and a couple of technical projects. This past year we held well over one hundred events.

A few years ago, every contributor to this group could easily be named in a short report. Today Hackforge has 54 core members, and dozens more who take part in our events. We have interest groups spanning different technical disciplines and subfields with more popping up all the time.

When we started out, we were a few people who dreamed of a real community of tech people in Windsor. Today, that dream has been realized. All of us together have built something useful out of nothing and that’s not something that happens every day.

And those who have served as member reps:
Chris Deschamps
Anthony Garreffa
Will Comartin
Jeff Szusz
Michal Janyst

Our landlord, benefactor and key community supporter Mark Boscariol. Our godparents in the non-profit community, Becky Parent and Joyce Zuk who helped get this thing off the ground.

There are a couple of important volunteers who must be mentioned. Paul Anderson who was a constant presence in Hackforge’s early days. Paul believed in us and helped breathe life into this group. Thanks to Paul. Terry McLinden’s wisdom and generosity with his time must be mentioned. We miss you, Terry.

Our staff who have been consistently great to work with – Simon Barno, Shawn Daichendt, Aisling Douglas, Dylan Herbert, Derek Richard and of course, Sarah Morris, the straw that stirs the Hackforge drink.

To all of our members, volunteers and community partners:
Thank you.

Hackforge has just completed a strategic plan and we have new mission statement:

HACKFORGE IS TECHNOLOGY ENTHUSIASTS GROWING THE TECH CAPABILITIES OF OUR REGION BY CREATING CONNECTIONS AND LEARNING TOGETHER.

It’s time to use this plan to develop new programming and make Hackforge bigger and more effective than it ever has been before.

It’s also time for new leadership. I’m looking forward to finding out what Katie Facceccia has to bring to the table as the President of the board.