Line Between Art and Tech Blurs with Hackforge

by admin in Events 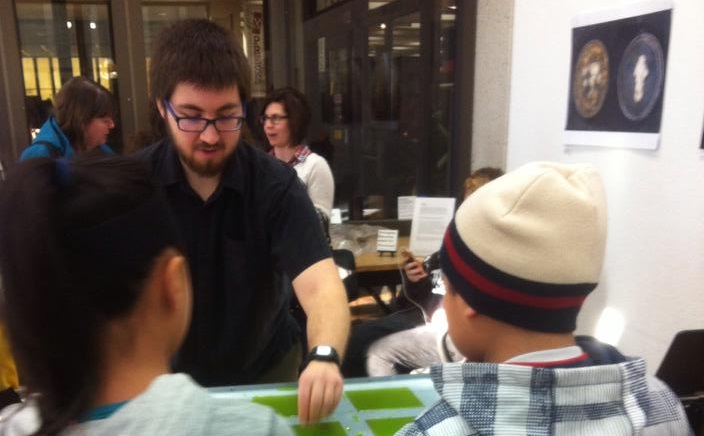 Monday, December 29th, Hackforge hosted Art in Tech / Tech in Art, bringing together various projects and creators. We had an exciting turn out of more than fifty people to the space, including many families.

Learners from all ages were encouraged to try out many of the demonstrations presented, like Nik Steel’s two cymatic rigs using water to make sound visible and Nifty Studio’s immersive Elevator Horror game. Hackforge members brought their projects, like Rob Caruso’s Magic Eye Color Organ and Terry McAlinden’s LED Matrix. From the community, we had artists like Jude Abu Zaineh, Veronica Samek, and Sherry Campeau.

Big thanks to all who presented (full list of artists and projects below). Also thanks to Paul Anderson for assisting with various projects, like 3D printing.